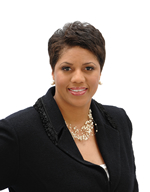 Felicia is President and CEO of Felicia Hall Allen & Associates a motivational speaking, training, consulting and sports management company. Blessed by her own life experiences and desire to give back to the community, Felicia launched FHA & Associates in 2002 with the mission to share with others how to maximize their potential.

A native of Shreveport, Louisiana this former student athlete earned a basketball scholarship to The University of Iowa where she played for Hall of Fame Coach, C. Vivian Stringer. At Iowa, Felicia was conferred two degrees, one in Elementary Education and the other a Juris Doctorate from The University of Iowa, College of Law.

Felicia is a former Manager for NIKE’S women’s basketball sports marketing division and a team executive for the WNBA Charlotte Sting. For several years Felicia served as the executive director of Leadership America North Carolina – a statewide women’s leadership organization.

In addition to serving as an organizational development consultant and change agent for several businesses, Felicia facilitates leadership development and team building trainings nationally. She regularly presents at national conferences, association meetings and on college campuses around the country. Highly sought after, Felicia has also worked on various projects with the NBA, NFL, NCAA and the Women’s Basketball Coaches Association (WBCA).

Recognized as a community leader, Felicia was named one of the Charlotte Post’s People of Prominence, Charlotte Business Journal’s Top 40-Under-40 (2005) and has also been recognized as one of the “First Ladies of Charlotte” by A Child’s Place. Felicia currently serves as a member of the Women’s Basketball Hall of Fame Board of Directors.

In 2010, Felicia was selected from thousands of former Big Ten student athletes to be featured during Black History Month on the Big Ten Conference website.

Felicia Hall Allen is a proud member of Alpha Kappa Alpha Sorority, Incorporated and serves as President of The Crown Jewels Chapter (NC) of The Links Incorporated. Felicia and Johnny reside in Charlotte, NC.

Johnny Allen, Lead Trainer and A STEP UP  Director 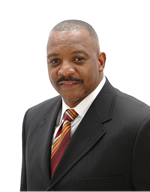 Johnny Allen is the President and CEO of The Allen Leadership Group LLC. He also serves as the Lead Training Consultant of Felicia Hall Allen & Associates and co-Director of A STEP UP Symposium.

As part of the FHA & Associates team, Johnny brings his perspective in addressing the issues that center on the paradigm of five strategic aspects of team and organizational development: Mental Model, Personal Mastery, Shared Vision, Team Learning and Systems Thinking. Using this approach he integrates each topic into a cohesive framework by which people, teams and organizations can move from good to great.

It was nearly 20 years ago that Johnny became interested in staff development and professional empowerment and now travels around the nation providing professional development training, creating Shared Vision retreats and Leadership Development & Group Initiatives Activities to a wide variety of national conferences, conventions and management retreats, reaching thousands of leaders across the nation.

He is an active member of the National Association for Experiential Education and holds certifications to his credit including – DISC Facilitation System, Color Code Personality Profiles Coaching for Success, Crucial Confrontations and Situational Leadership and Managing High Performance Teams to name a few .
Johnny resides in Charlotte, NC with his wife Felicia.

“I didn’t realize how much our team would benefit from the session with Felicia and Johnny until the session was over. Our team was not the same. I would recommend them to any team or organization.”
Dawn Staley, Head Coach, Univ. of South Carolina